Evacuations in the turkish town of milas people were hurrying to get away as wildfires closed in on a power station on wednesday. 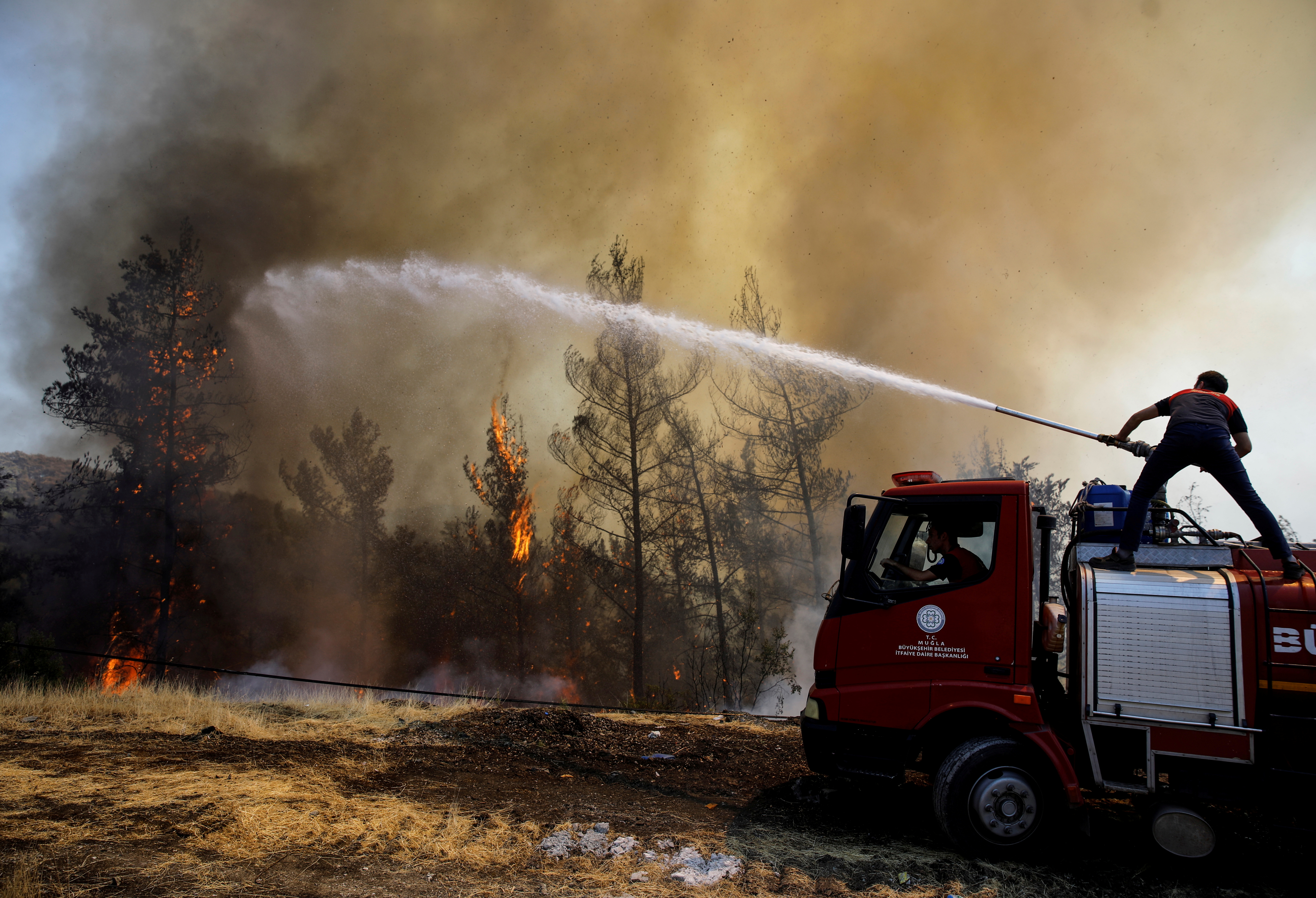 Evening flames were already lapping at its edges the Power Plant operates using coal and fuel oil the power station is but the latest victim of this summer’s wildfires putting them out is erased against time with too little manpower and equipment almost 200 fires have been contained across southern turkey in the past eight days but fresh blazes continued to spring up.

The villagers are trying to prevent the fire from spreading cutting down parts of the forest to reduce the distance the fire can potentially travel they are doing everything. Like turkey and other parts of the mediterranean region greece is fighting its own battle against flames and smoke on wednesday suburbs in the capital city of Athens got evacuation orders too far fighting planes are working non-stop.

The athens fire today firefighters are dealing with a number of re-ignitions but they’re not serious the extreme heat and fires have prompted other european countries to join the emergency response the heat wave is forecast to hover over the region until at least the end of the week.
Last night people in southwest Turkey had to be evacuated tourists had to leave their hotel. People in small holiday town or village were also told by the authorities to leave the area immediately.

The Turkish Janda making announcements they left in their cars also saw that hundreds of people were taken away in speed boats by the turkish coast guard.
There including many workers from thermal power plant now this is the scene this morning the town is deserted over there is a souvenir shop most of the places here are fish restaurants and are in the middle of the tourism season so this place would normally be a pretty crowded.

A lot of tourists but now it’s deserted now understand the situation there at the power plant is under control that’s what the authorities have been saying and already few people returning to this town returning to their restaurants souvenir shops and homes.

The damage to that power plant impact is that having the flames that have hit that power plant, according to a government official the main unit of the power plant has not been damaged. Main unit is made of concrete and iron so material that can’t really burn still there were fears that there is a risk of explosion that the fires could basically affect the coal tons of coals that tons of coal that have been stored at this site.

The electricity supply in the area is affected it’s the only power plant in the larger province that provides energy for about eight hundred thousand people an investigation at the site an investigation into the damages is still ongoing now right next door greece is also fighting wildfires officials there have pinned the blame partly on global warming climate change.

The Turkish government has blamed the first fires which broke out about a week ago in southern turkey. Several people have been detained most of them children and teenagers for basically igniting these fires others have blamed Kurdish militants who have been waging a decades-long war in Turkey for the fires but more and more officials are coming forward and linking it to this incredible heat wave.
The record temperatures of up to 45 degrees celsius in the region in recent days the soil is very dry.